Pocahontas (c. 1595 – March 21 1617) was a member of the Powhatan Indians (an Algonquian tribe) whose life has formed the basis of many legends. Her real name was Matoaka: 'Pocahontas' was actually a childhood nickname referring to her frolicsome nature (her name means "little wanton" or "playful frolicsome girl" in the Powhatan language). She was the daughter of Emperor Powhatan, a Native American chief who controlled almost all of the Tidewater region of Virginia (called Tenakomakah at the time). Because Pocahontas never learned to write, everything now known about her was transmitted to later generations by others and the thoughts, feelings, and motives of the historical Pocahontas remain largely unknown. Her story has become the source of much romantic myth-making in the centuries following her death, including the Disney movie Pocahontas and the recent Terrence Malick film The New World.

Pocahontas is said to have stopped her father from executing colonialist John Smith in the year 1607. The truth of this story cannot be verified; Pocahontas was only thirteen years old at the time and could not have known Smith for long, as he had arrived from England that year. Smith did not speak the Powhatan language at that time, and may have misunderstood what was actually happening. Smith's account was long considered to be a fabrication, in part because he never mentioned the event in any of the sundry monographs about the colony that he published in the twenty years following his return. Some recent researchers assert that there is little reason to doubt his veracity, but the more romanticized popular versions of the story are unquestionably dubious.

Whatever really happened, a friendly relationship with Smith and the rest of the colony of Jamestown, Virginia was initiated, and Pocahontas would often come to the settlement and play with the children there. During hard times, Pocahontas also helped to save the Jamestown colony from extinction by supplying it with food.

In 1612, Pocahontas was captured and held hostage by the Jamestown colonists, in the hope that they could ransom her for the release of some of their own people held in captivity by Pocahontas' tribe. During this time, she learned English and was baptized by Alexander Whitaker. There is evidence that she was already married to someone of her own tribe by the name of Kocoum two years before she was kidnapped.[1] After her baptism, however, she married John Rolfe on April 5, 1614, and her name was changed to Rebecca Rolfe. The minister who officiated at their wedding was Reverend Buck, father of Marah Buck, the wife of Dr. Henry Lee of Kiskiak, Virginia.

John Rolfe, whose English-born wife had died, and who had established the successful growing of a new strain of tobacco in Virginia, was a pious man who agonized over the decision to marry a heathen. In a long letter to the governor requesting permission to marry her, he wrote, "It is Pocahontas to whom my hearty and best thoughts are, and have been a long time so entangled, and enthralled in so intricate a labyrinth that I could not unwind myself thereout." They lived together at Rolfe's plantation, Varina Farms, which was located across the James River from Henricus. Their marriage was unsuccessful in winning the captives back, but it did create a climate of peace between the Jamestown colonists and Powhatan's tribes for several years.

The Virginia colony's sponsors found it difficult to lure new colonists to Jamestown, and to find investors for such ventures and so used Pocahontas as a marketing ploy to convince people back in Europe that the New World's natives could be tamed, and the colony made safe. In 1616, she was brought to England, living in Brentford between 1616 and 1617, to meet King James I and his court. There she was promoted as an "Indian princess", causing a sensation in England, and becoming America's first international celebrity from the New World. The plan to win more backing for the Virginia colony and to gain royal favor was a great success.

Rolfe was eager to return to Virginia to raise tobacco but Pocahontas became ill, and died in Gravesend of smallpox, pneumonia, or tuberculosis (accounts differ), during the journey. Her only child was Thomas Rolfe, born at Varina Farms, through whom she has living descendants: one was Edith Wilson-the wife of Woodrow Wilson; another was George Wythe Randolph.

While in England, Simon Van de Passe engraved Pocahontas' portrait on a copper plate. This engraving is the only portrait of Pocahontas made during her lifetime. Despite being dressed in European clothing to signify her acculturation, her Native American features remained evident of her race. Americans as they battled Natives who were defiantly resisting assimilation. To them, the success of Pocahontas' transformation validated the mission of the colonists. This can be seen in an 1840 painting by John Chapman called The Baptism of Pocahontas, which was hung in the Rotunda of the United States Capitol. A government pamphlet went into circulation entitled The Picture of the Baptism of Pocahontas, explaining the characters in the painting and congratulating the Jamestown settlers for introducing Christianity to the "heathen savages", thus doing more than just to "exterminate the ancient proprietors of the soil, and usurp their possessions".

Around this time, romantic stories about Pocahontas would often adapt her vague story to fit their own beliefs. Her marriage to Rolfe when it was Smith whom she rescued, did not seem right to some, and so at least one author, John R. Musick, retold the story to "clarify" the relationship between the three. In Musick's account, Rolfe is a back-stabbing liar who, seeing the opportunity to marry "royalty," tells Pocahontas that her true love, Smith, is dead. She then reluctantly agrees to marry Rolfe. After the two begin preparations to leave for England, Pocahontas encounters Smith, still alive. Overcome by emotion and recollections, she dies of a broken heart three days later.

Pocahontas is played by Q'Orianka Kilcher in The New World by writer/director Terrence Malick, a live-action film version of the story starring Colin Farrell as John Smith and Christian Bale as John Rolfe. It was released in January, 2006.

Although both Presidents Bush are descended from Native Americans, genealogists who have attempted to link George H. W. Bush and George W. Bush with Pocahontas have been in error. Their mistaken assumption was that Robert Bolling Jr. (a 10th generation ancestor of George W. Bush) was the son of Robert Bolling and Jane Rolfe (granddaughter of Pocahontas). This connection has been disproved by many other genealogists, who point out that Rolfe died in 1676, six years before the birth of the younger Bolling. Robert Bolling Jr. was evidently the son of Anne Stith, whom his father married after Jane Rolfe's death. The Bush family, therefore, is not descended from Pocahontas.

Through their son, Thomas Rolfe, the marriage between John Rolfe and Pocahontas helped bring peace between the tribes and the British settlers of Virginia for a generation. Many of the prominent First Families of Virginia trace their lineage to descendants of Thomas Rolfe.

There are several notable places and landmarks that take their name from Pocahontas.

In Henrico County, Virginia, where Pocahontas and John Rolfe lived together at the Varina Farms Plantation, a middle school has been named after each of them. Pocahontas Middle School and John Rolfe Middle School thus reunite the historic couple in the local educational system -- Henrico being one of 5 remaining original shires that date to the early 17th century of the Virginia Colony. 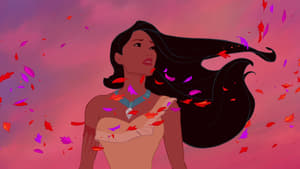